The topic for this week is:  Top Ten Bookish Things (That Aren’t Books) That I’d Like To Own (new bookshelves, bookends, cool bookmark, a bookish shirt, etc. You can add things you DO own if you want).

I love bookish things but I don’t own very many. I have some cute Little Miss coffee mugs that I drink tea from (Little Miss Sunshine, Little Miss Trouble and Little Miss Bossy). I have quite a few amazing bookmarks which were gifts from friends and family when they’ve gone on holidays or away for work. And my dad bought me the coolest money box (because I collect them) recently. It’s The Very Hungry Caterpillar by Eric Carle themed!

So now… ten things that I’d love to own which are book related.

Bookish Mugs – Okay. So maybe I’m greedy. But to quote CS Lewis, “You can never get a cup of tea large enough or a book long enough to suit me.” And to drink that tea – I feel you can never have enough mugs. This one from the Literary Gift Company comes with one of my all time favourite quotes on it.

Bookshelves – I need more shelf space. I have more than a dozen boxes filled with books around the house and many many more in storage at my parents’ house. I would love to be in a house with gorgeous built in floor to ceiling bookcases. But until that day I think I should probably just drive down to Ikea and buy a few new Billy Bookcases..

Harry Potter Stuff – Yes.. stuff. So descriptive I know but there is a lot of Harry Potter themed items that I’d love to own. From jewellery to other quirky things – it’s a fandom where so many people have been so creative.

Poly Juice Potion hip flask (from Amazon). I don’t even know why this one appeals to me considering I don’t drink.

Deathly Hallows bracelets (from The Magic Bracelet on Etsy)

Bookshelf Editions of my Favourite Board Games – Board games are hard to store. I used to keep mine on my shelves but they’re a bit bulky and don’t really fit properly. But there are special editions of games which go perfectly on shelves!

Bookopoly – There are times when my brother accuses me of spending too much time in scary corners of the internet. The last hour could probably be described as that. Did you know just how many different editions of Monopoly have been made? It’s a lot and I just lost quite a bit of time looking at them all. Quite a few AFL themed ones… More than one Pirates of the Carribean edition. And even a special edition featuring Alaska. The cat lovers one leaves me almost breathless…

But there was one that took my fancy called Bookopoly. Launched in 2006, this is a classic literature themed edition. All the properties are named after famous novels with the most expensive property on the board being The Great Gatsby.

Alice in Wonderland Themed Cushion – I love cushions. Probably have too many and have the materials for a few more I want to make. I love the quotes on this one (from Not the High Street) 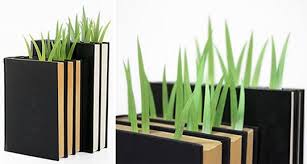 And Finally – that’s ten! Thanks for sticking with my throughout this post. It’s probably the most wordy TTT post I’ve done in forever. I wrote out a list earlier this week of things I thought I’d put on my TTT… only one of the managed to get on the final copy of my post.

What Bookish non-book things would you like to own? Feel free to leave me a comment. I love seeing what other people think.

I have reviewed 0/60 books so far this year.